All my other GB entries are in the painting or weathering stage by now but from time to time I need something to glue together, so here we go

The Panzer II Ausf. J is another rare German beast of rather limited value. It was a slightly increased version of the equally ridiculous Panzer I Ausf. F which I've built a while ago. It had the same basic armour of 80mm frontally and carried a 2cm KwK 38 and a 7.92 cm MG 34. I don't know how many were built, but in any case it wasn't much. Some saw service with anti-Partisan units in the Balkans, but five were attached to Panzerabteilung zur besonderen Verwendung 66 (Special Purpose Panzer Battalion 66), along with five Panzer I Ausf. F, some Panzer IV Ausf. G as well as a handful of refurbished Soviet T-34/76, KV-1 and KV-2. Its planned purpose was the invasion of Malta, Operation Herkules, which was cancelled in mid-1942. Afterwards the unit was split up and sent to Russia, with 2nd company (which contained all the odd stuff) ending up with Army Group Centre. 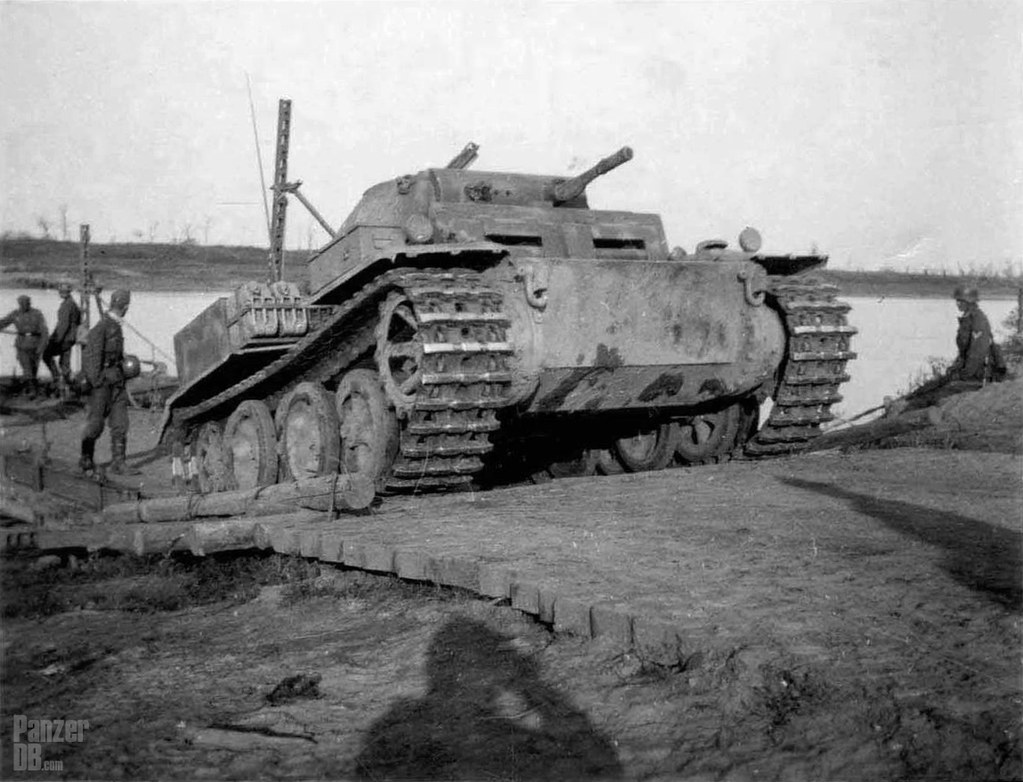 I'll be using the Hobby Boss kit, which is currently the only modern offering on the market. Bronco did announce their own version years ago, but so far it hasn't been released. 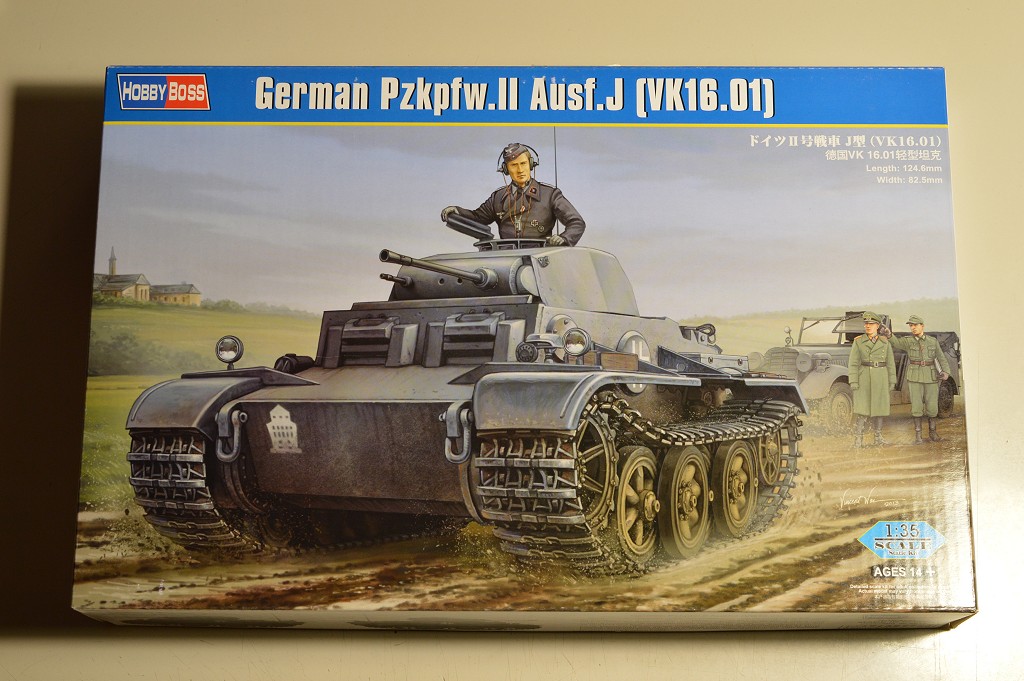 There's not much in the box, but it's a light tank after all... 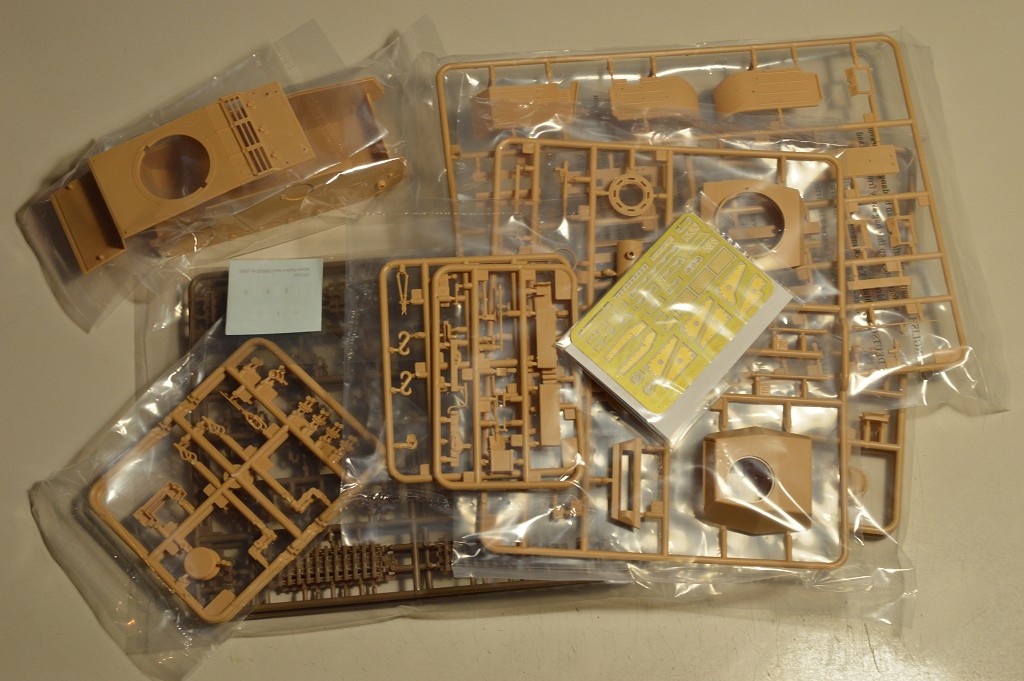 And here's where we are right now after a few hours of relaxing work: 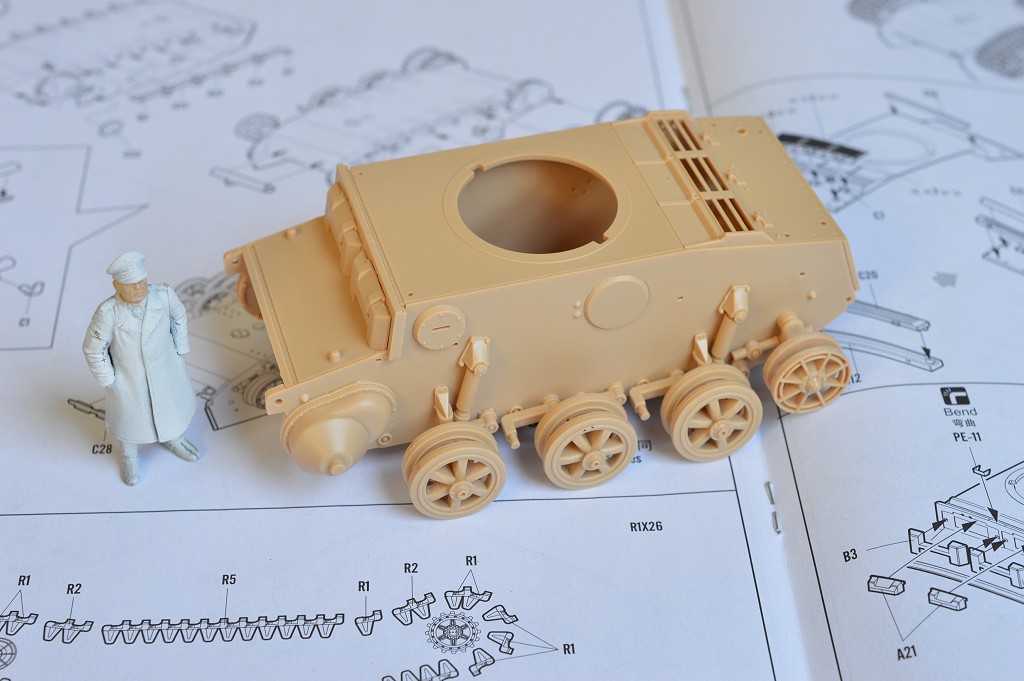 As seen on the photo above all the tanks of the zbV 66 had a few modifications that I need to scratchbuild, so I won't be finished quite as fast

I haven't yet decided if I want to build it as on the photo or as a what-if on Malta...the main difference would probably be the the commander's uniform...

You are off to a fast start Philipp. These rare tanks are very interesting aren't they?

The running gear and overall construction are the same as on the I F so it all feels quite familiar. 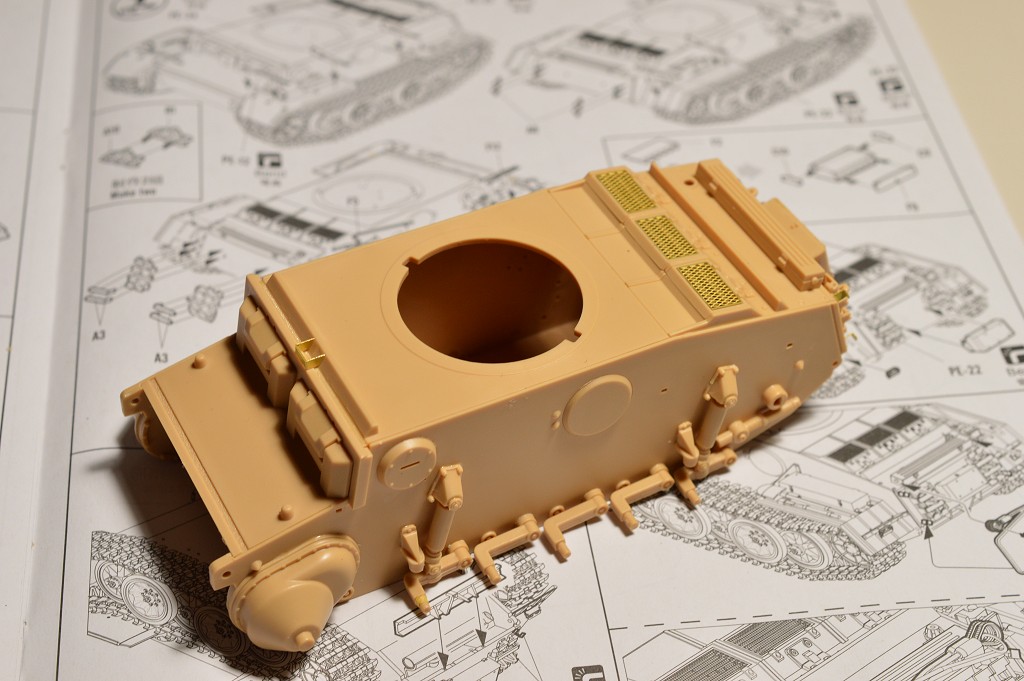 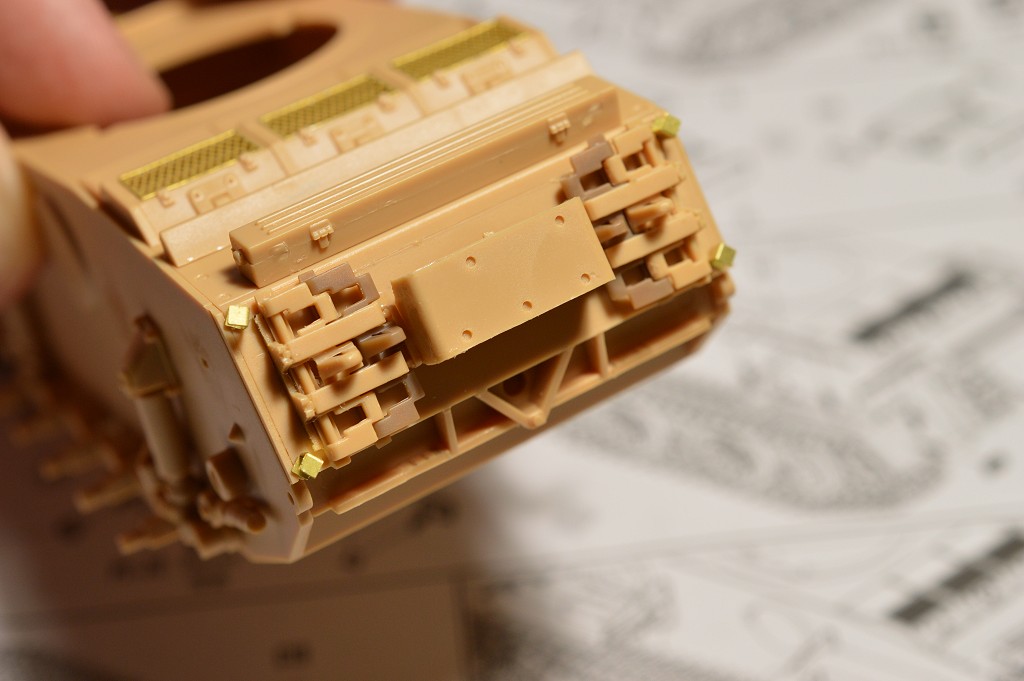 There's a tow cable wrapped around the rear end. The kit supplies only a piece of string, but I think I have some copper wire somewhere.

For such a compact little tank there is a nice level of detail.

Just wait until I get to the fenders

These things had stuff mounted absolutely everywhere. Good thing these from "my" unit had a big stowage box installed that hides at least a few tools. 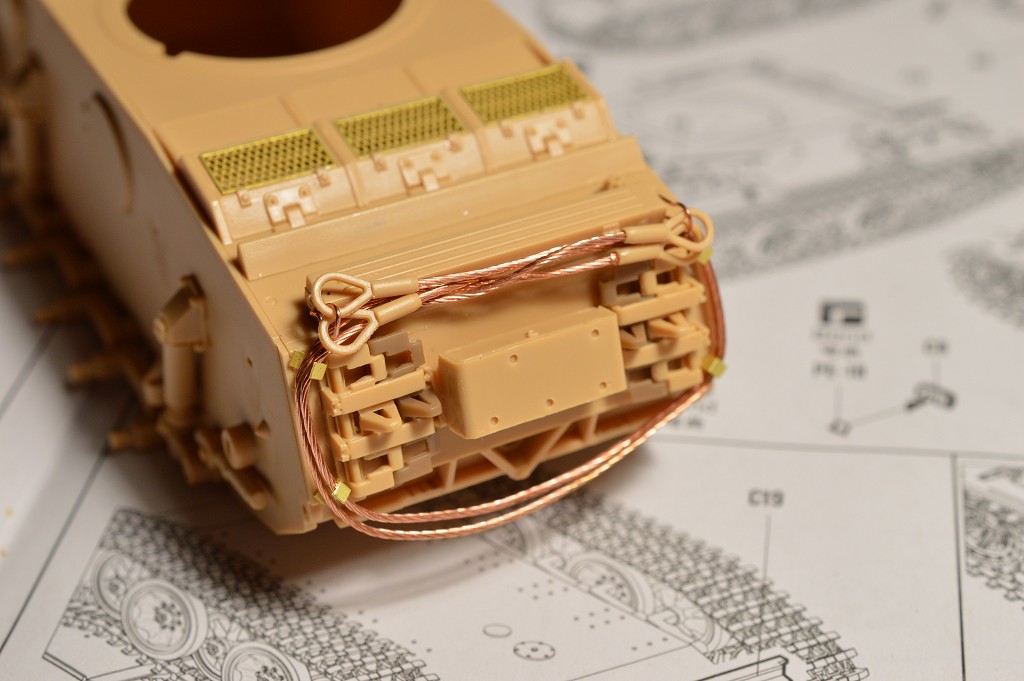 These tanks used a fairly bizarre mounting system involving thin wire loops to secure the cable ends...no idea how that worked but I tried my luck with some wire... 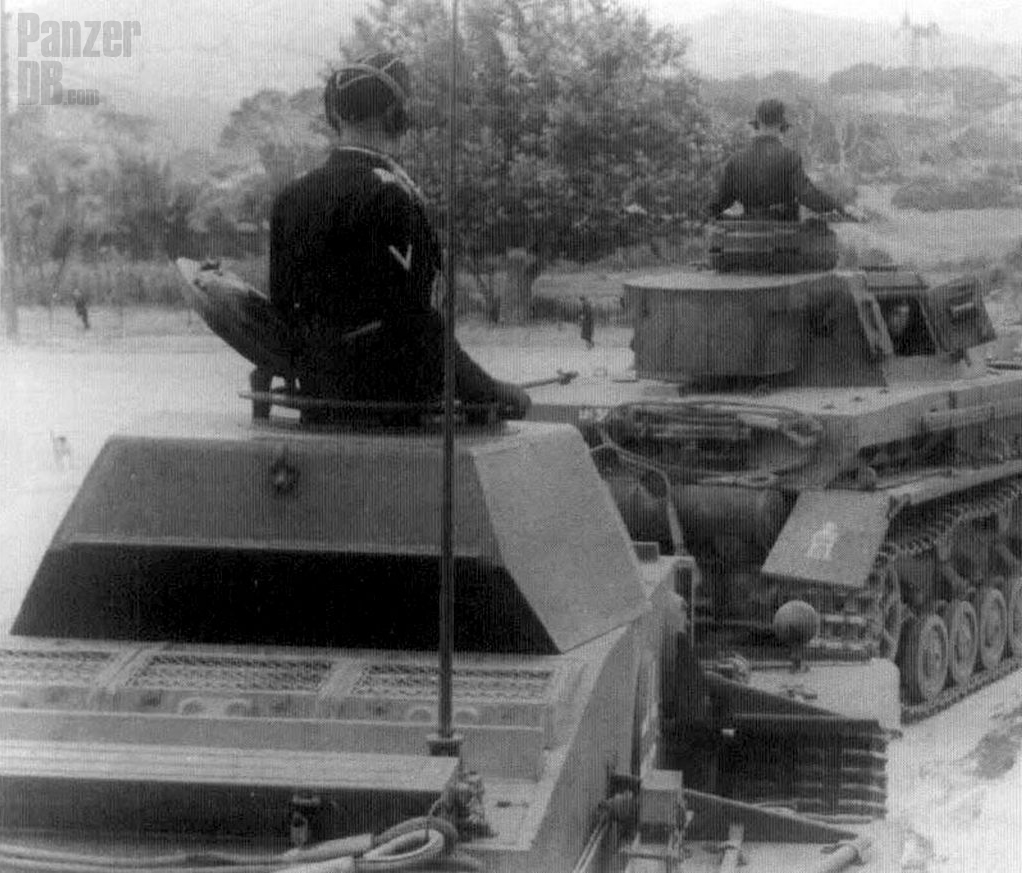 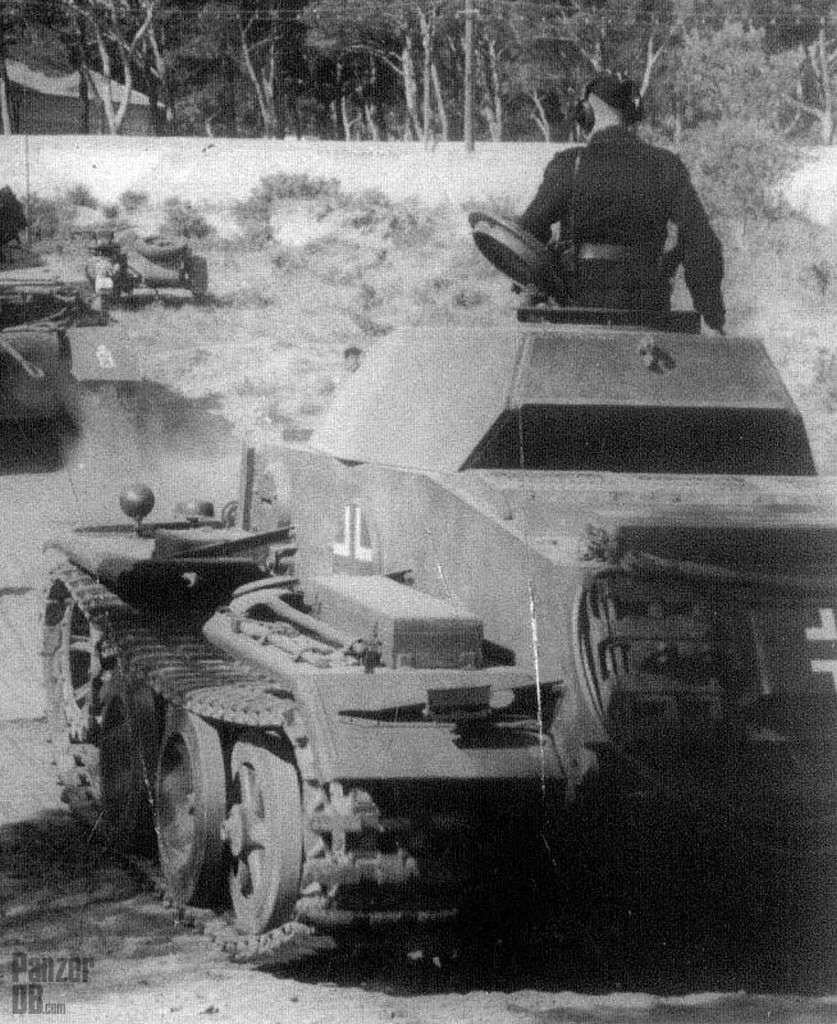 The turret and first track run are complete. I replaced the kit barrel (which has a hollow muzzle and overall nice details) with a turned KWK 38 by RB Model, mostly just because I have no other use for it right now...and also because it has the tiny holes in the muzzle cone. The kit's coaxial MG 34 was rather simple, so I replaced it with a resin barrel made by TANK which I still had laying around. 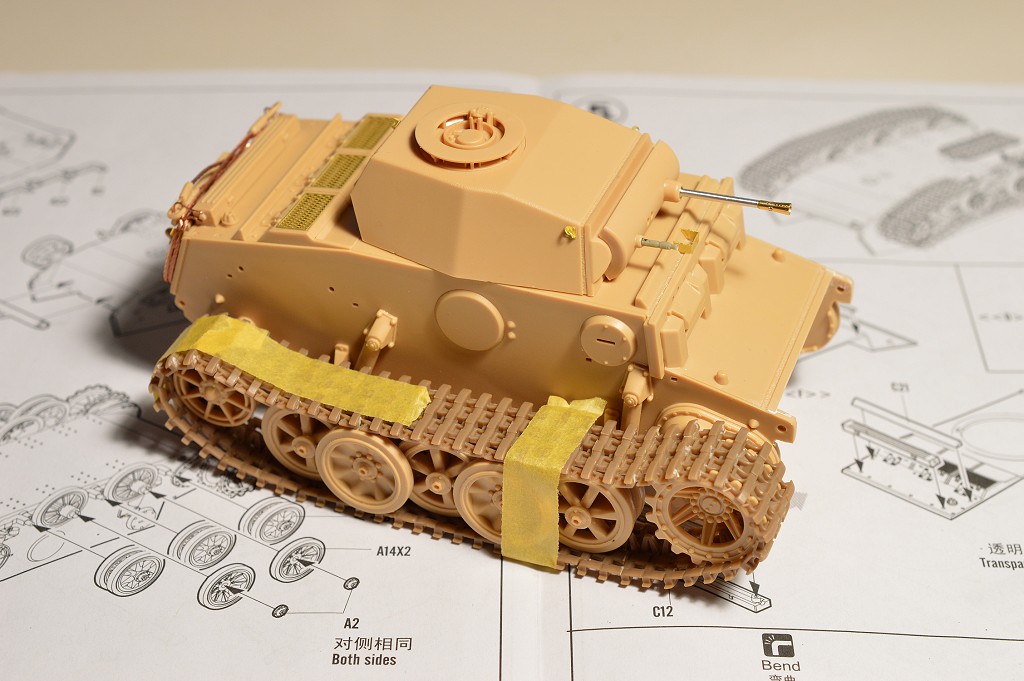 As for the tracks....they are fine. It's the instructions that managed to drive me nuts. Hobby Boss give us this nice drawing with the proper layout of long and short segments and how to assemble them....or so I thought. Notice the tiny detail in the top right corner: 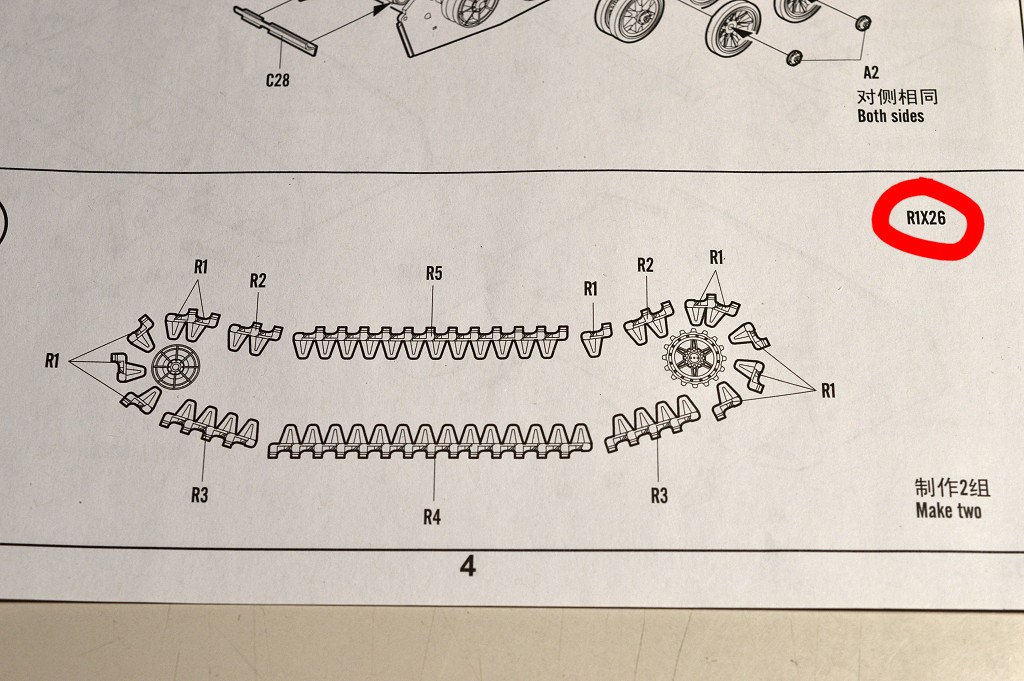 Now count the amount of R1 links on the diagram.

I noticed it after I had put everything together as instructed on the diagram. Getting everything to fit together before the glue hardens was a challenge, to say the least.

The other track is on, which is totally different than the first track 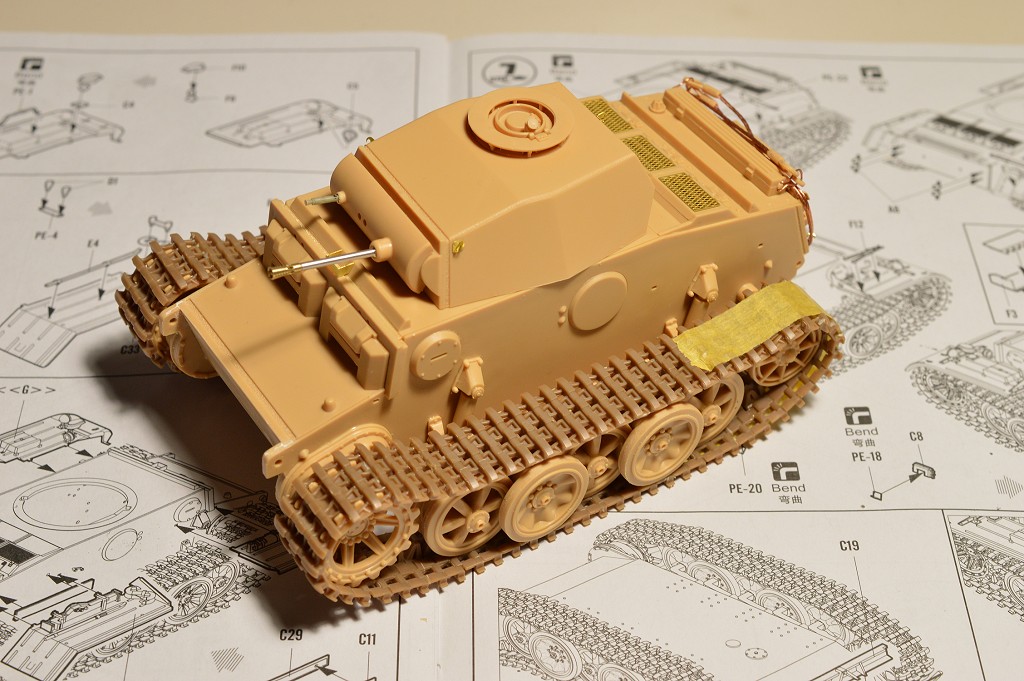 Honestly though, it was a lot easier now that I know how to do it properly. Both tracks are open over the idler so I can later slip them in place with the fenders installed.

This really is, even more so than it's Panzer 1 equivalent, a superdeformed Tiger